The Queen’s Gambit, Scott Frank’s seven-parter about a chess prodigy, which became one of the most-watched original shows in Netflix history after dropping during the thick of lockdown, was awarded the best limited or anthology series prize during the primetime Emmys telecast on Sunday night, prevailing over formidable competition including Amazon Prime’s The Underground Railroad, Disney+’s WandaVision and HBO’s I May Destroy You and Mare of Easttown.

Netflix becomes the first streamer ever to win in the limited series category. Just minutes before snagging its Queen’s Gambit win, it took home its first-ever series victory with The Crown.

The Queen’s Gambit was recognized with 11 Emmys for, among other categories, directing, production design, period costumes and cinematography.

Executive producer William Horberg praised Netflix while accepting the award. Said the producer: “You did the rarest thing of all these days. You took a chance on risky material, and you trusted the filmmakers.”

“You inspired a whole generation of girls and young women to realize the patriarchy simply has no defense against our queens,” said Horberg.

Sign up for THR news straight to your inbox every day 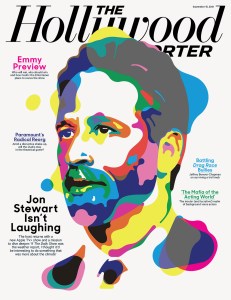