Summary: Personas are useful tools for UX work, so why do they often fail? Find out what pitfalls cause personas to fail, and how to avoid and overcome them.


Personas are my jam. I teach a full-day training course on them: what they are, why they work, how to create them, and how to use them to do great work. I love teaching this course because personas are one of the most abstract components in the very analytical discipline that is UX. I love demystifying this abstract topic, making it concrete, and addressing common pitfalls that practitioners encounter.

Personas are fictional representations and generalizations of a cluster of your target users who exhibit similar attitudes, goals, and behaviors in relation to your product. They’re human-like snapshots of relevant and meaningful commonalities in your customer groups and are based on user research. They often look a lot like this:

Because they’re abstract, personas have been misunderstood and misused over the years.  They get created and they often fail for a number of reasons. So often UX practitioners come to my class after a bad experience with personas, looking for answers: what went wrong and how can they do better next time?

In this article, I will break down the most common pitfalls that cause personas to fail and provide strategies for future success.

Personas were created, but not used

A failed persona effort is often the largest barrier to future success. Those who have seen them fall by the wayside without having any meaningful impact on a project often write them off as a silly waste of time for the rest of eternity. You will have to work hard to convince these skeptics that personas are valuable, but you can succeed by educating them and providing them with successful persona examples (ideally from your own organization).

Personas do work — or, more accurately, they often work. But humans have a great ability to generalize from a single observation, so it’s understandable that somebody could sour on personas (or any UX technique) if her one experience was a bad one. You can appeal to the logical side of most people by pointing out the fallacy of generalizing from a single example. That said, do track down what went wrong last time and be sure to avoid that mistake on the next persona project. The rest of this article discusses the most common problems. 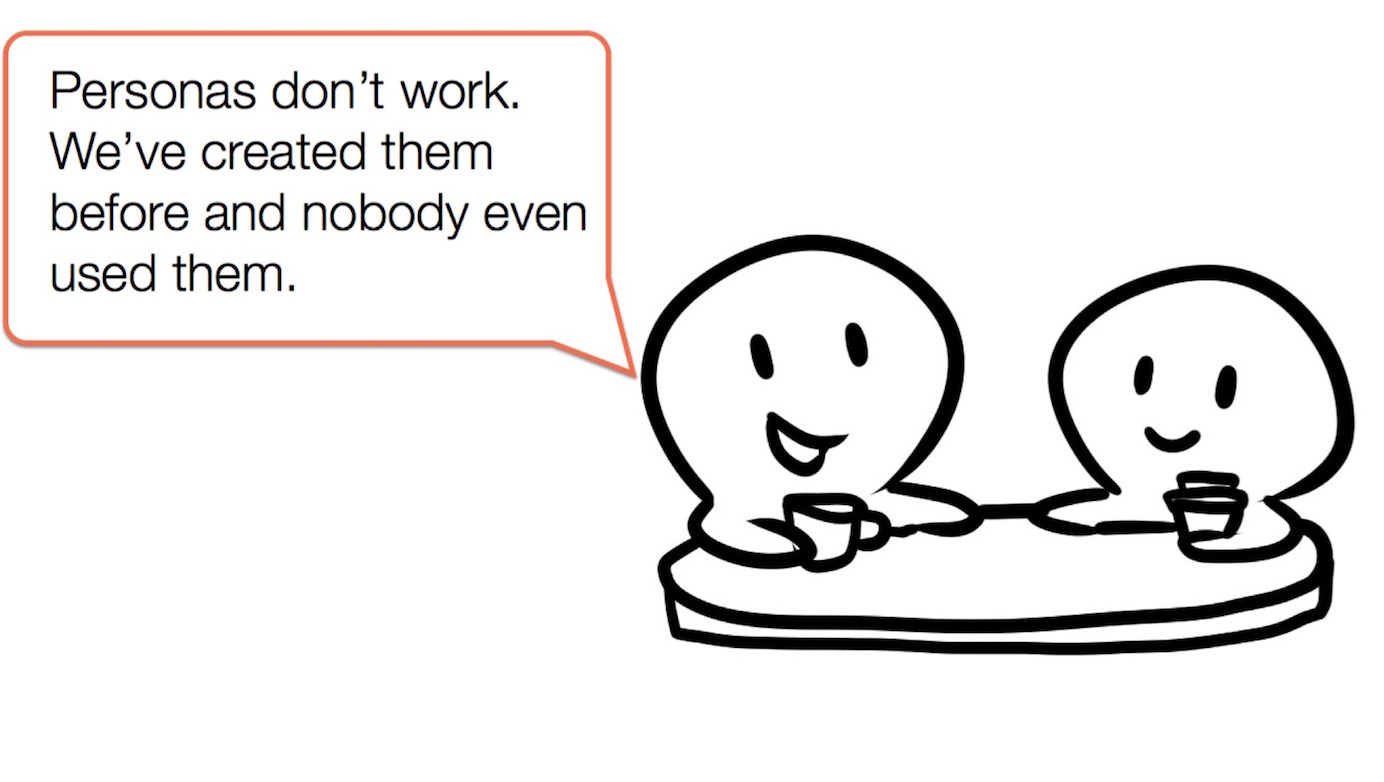 No buy-in from leadership

It can be hard to even get started if you can’t get buy-in for a persona effort from the ones making decisions. Leadership may be skeptical for a few reasons. “already know” who users are. 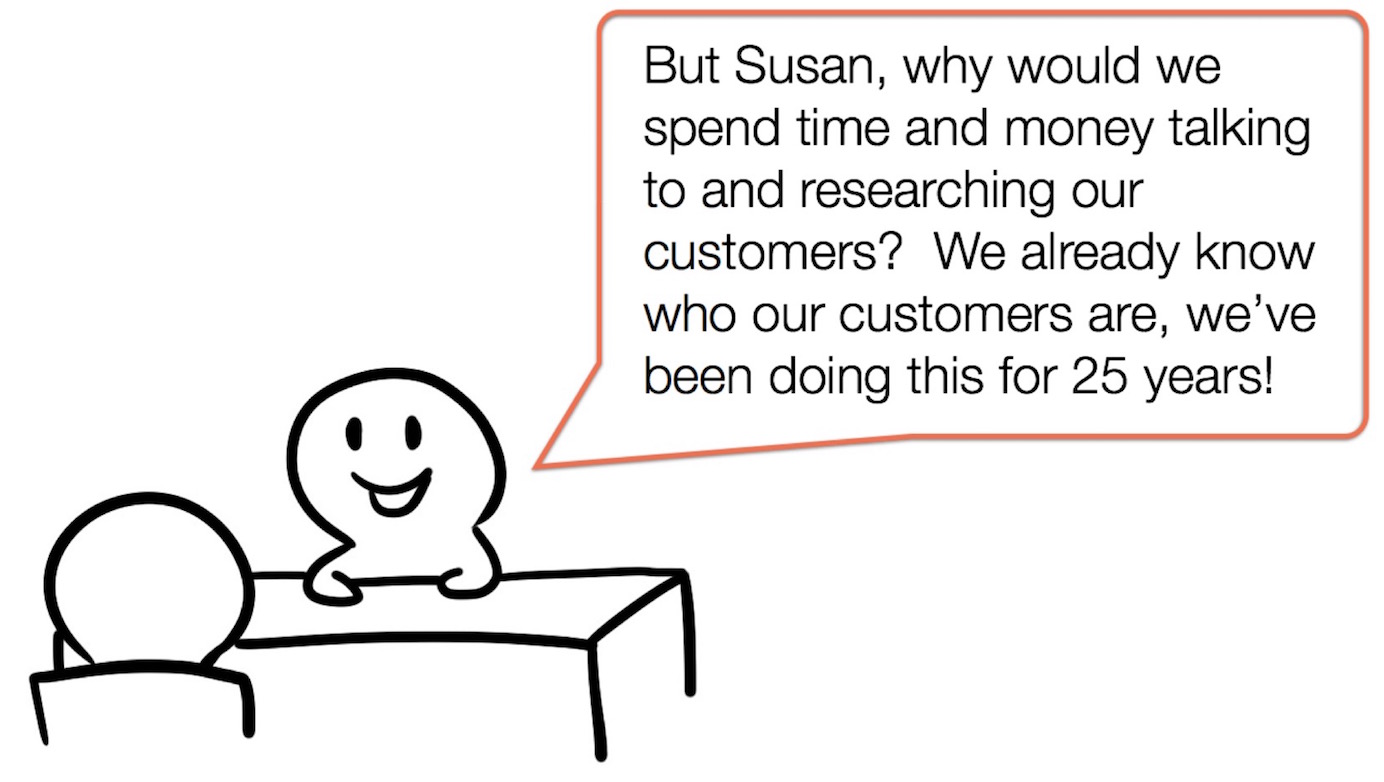 The truth is; Yes, they do already know a ton about customers, so it’s sometimes hard to justify doing research on a body of people you have been working with for years. In these situations, it is beneficial to think of personas and present them as an alignment tool rather than a research deliverable. Everybody knows a lot about the customers already, but, when knowledge and assumptions are not aligned, the lack of common ground causes churn in decision making.

The largest benefit of creating and having personas is a clear picture of specific user types that everybody can focus on and align around. Having specific user representations gets us away from designing for ourselves and disagreeing on what “the user” wants.

Personas were created in a silo and imposed on people

This is the biggest barrier to widespread adoption and meaningful impact of personas. Personas should not be an isolated endeavor undertaken by the UX team and unveiled like a piece of artwork. If so, people will use them like a piece of artwork, pinning them up on their cubicle wall to admire once in a while. 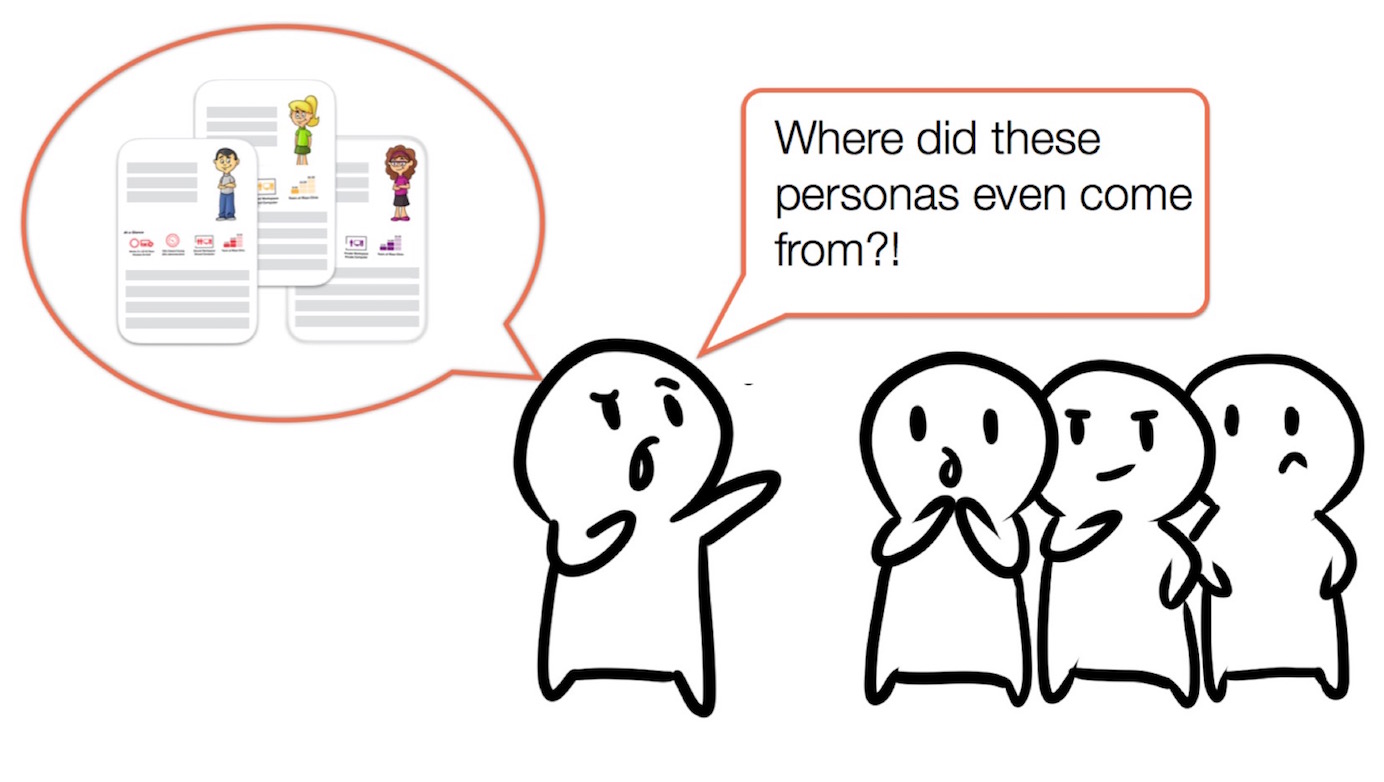 In order for stakeholders to use personas, they have to believe in them, feel invested, and have ownership over them. The most successful personas are created with involvement from their end users. Otherwise, people will have no understanding of the data behind them and the rigor that went into creating them. Coworkers may think that the UX team just went away and played story time for a few weeks, emerging with these fake people and asking everybody to play along. That is NOT the attitude we want to foster.

To avoid this pitfall, you must include the persona end users in the process of creating personas. Invite stakeholders to sit in on a research session. Send out a daily recap of the activities undertaken to create the personas. Help people see how your research uncovers the customer segments early on, so that when you roll out the personas there is built-in investment in their validity and value.

Communication failure:  People don’t know what personas are or why they’re useful

Personas were created, but then nothing happened, the discussion around them fizzled out, and now they’re collecting dust on a share drive somewhere. This situation often occurs when people don’t know how they can effectively use personas to impact their projects. Ultimately, it boils down to a failure in communication and education. 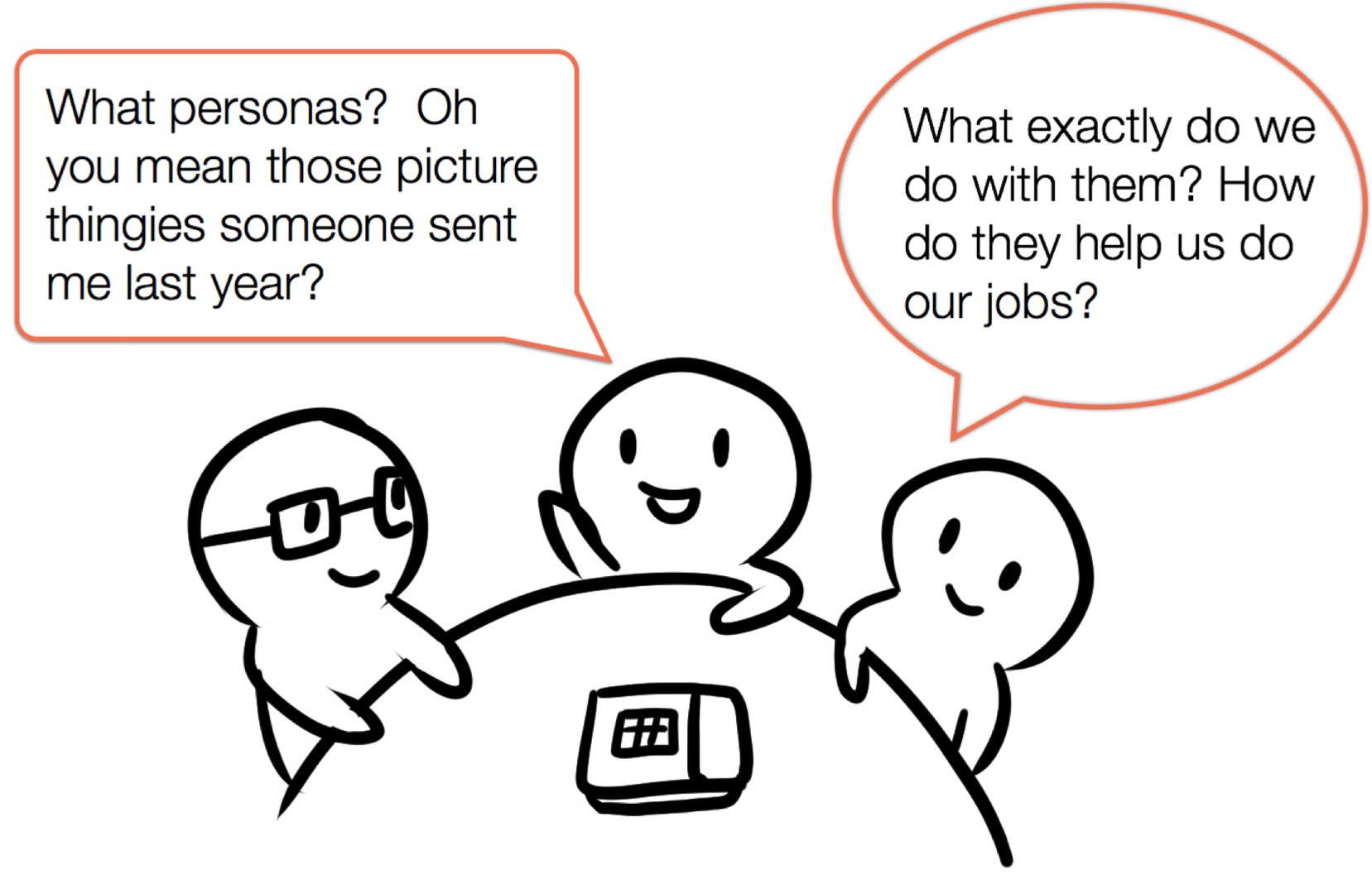 Personas are not 8.5 x 11 handouts. These are just the representations of personas. What you really want is to get personas off the paper and into the minds of your colleagues. You want personas to be naturally and organically referenced in every discussion and decision that is made. So don’t just create personas; unveil them, and call it a day!

Not everybody knows why they’re useful and how to reference them. It is up to you to educate your stakeholders, illustrate their effectiveness, and solidify their use on projects.  Lead by example: don’t let the personas fizzle out, continue to bring them into meetings to set the stage for discussion. After all, having personas and believing in them provides 90% of their value. Help your stakeholders understand the personas’ value, as well as giving them ideas for formal ways to use them on projects.

Get a core group of advocates to help lead the charge. Do a lunchtime roadshow, or a series of lunch-and-learns. Visit teams and introduce the personas, where they came from, and how to use them. Teach them how to recruit representative users for testing, how to write scenarios for design inspiration and usability-test tasks, or how to segment their analytics with your persona data. If they’re working on Agile projects, coach them on how to influence their ceremonies and discussions with personas as user-data references.

There’s a fundamental flaw with the personas

Personas are not a one-size-fits-all tool; they should be used with a specific, well-defined goal in mind. For personas to be useful, the data captured in a persona should reflect the goal for that persona and the scope of work it is meant to impact.

Often, people create the wrong tool for their needs or they want to (re)use personas created for a very different purpose. It’s as if they’re trying to put a square peg in a round hole. 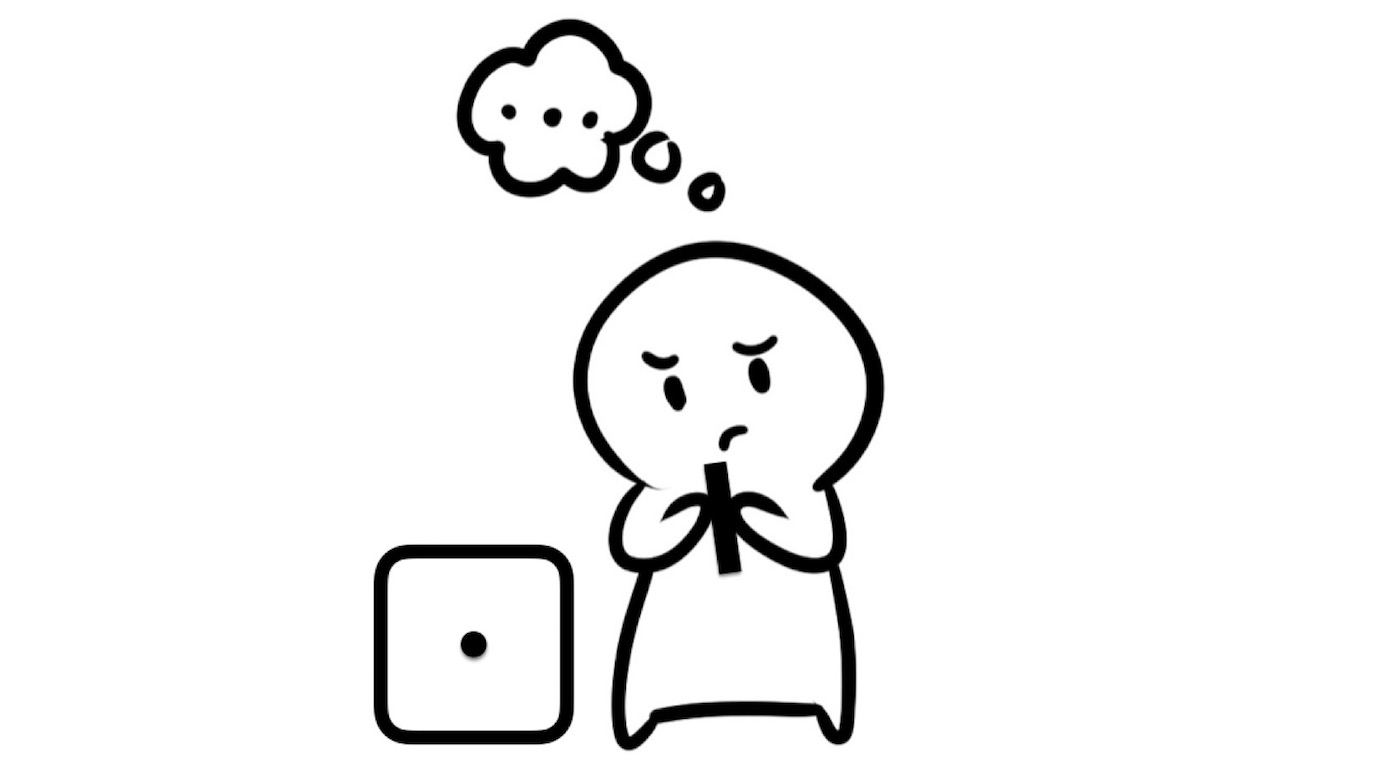 Consider the following two types of personas created for a bank:

If you’ve had a failed persona experience at your organization, maybe the reason is one of the common pitfalls listed above. Identify where you went wrong and right the ship. If you’re looking to create personas for the first time, use these pitfalls as a checklist to avoid and address these challenges as you go.

Put together an action plan, pitch personas to leadership, analyze prior failures and address corresponding solutions, and communicate the business value of personas to build buy-in. Educate your colleagues, refer to personas in meetings, and solidify their place on your projects. Circle back and show off the wins you gained by having specific user representations to work with.

If you can avoid these common pitfalls, you will have a successful persona effort from the start, you will convince the naysayers, and you’ll never again hear people say, “Personas don’t work, we’ve tried them before and nobody used them.”

Personas can be your jam too.