In 2018, it felt hard to reach consensus on anything—including music. The heavy-hitters of pop and hip-hop returned, but many disappointed; in fact, sometimes, they were just confounding (cough Kanye cough). More than ever, music felt like a playing field where new, exciting artists were sharing the discussion with the veterans, if not taking it over outright. A sea change was underway, the borders eroded—and music was better for it. Here are the best albums of the year. 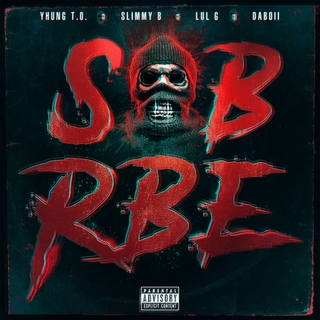 The quiet miracle of friendship is that it is almost always accidental. Adjacent seats, matching hats, shared cul-de-sacs—any random moment of connection can be the beginning of a lifelong bond. SOB X RBE formed in Vallejo, California, around shared commitments to Call of Duty, basketball, and rap—and on their debut album, Gangin, you can feel both the looseness of those links and their intensity. Lul G, Yhung T.O., DaBoii, and Slimmy B make ruffian rap that bruises and bounces in equal measure; their record is a marvel of perpetual motion and brotherhood.

Gangin plays like a cartoon fight cloud set to music: At any given moment, you can snap your fingers or a neck. The record often feels limitless and unbound; the members appear on songs in unpredictable order, sometimes alone, other times as a trio or duo. In lieu of ad-libs or layered vocals, there’s constant fluidity. Flows are passed along and riffed. Verses are packed toe-to-toe, the ideas firing too quickly to pause. The beats are smooth but fleet, complementing and contrasting the group's harried delivery. Now the future of the group is uncertain, but perhaps that, too, is par for the course. Entropy is enabling until it isn’t. –Stephen Kearse 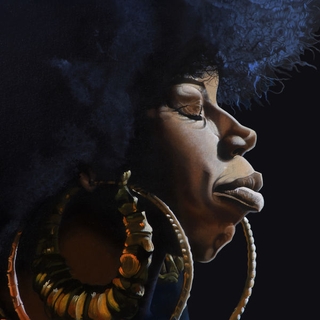 For years, Georgia Anne Muldrow was underground R&B’s greatest utility player. She provided yin to Dudley Perkins’ yang, dropped Roberta Flack rose petals on Mos Def, crafted loopy old soul with Madlib, and teamed with fellow priestess Erykah Badu to bring the notion to “stay woke” to the world at large. But the restlessly creative and bountiful artist has also had a remarkable solo career—and Overload, her 17th album in 12 years, is her best one yet.

All of Muldrow’s powers as singer, songwriter, and producer are on display here. A hundred years of the African-American pop vernacular are, too: Astral jazz wafts through pop confections, boom-bap turns into soul-quaking confessionals, and Muldrow daydreams Stevie Wonder doing a second-line strut. She makes Afrofuturism resound right here, in the present moment. –Andy Beta 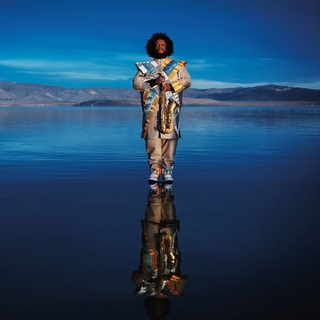 Pity the jazz artist whose work garners major acclaim across genre lines—usually, whether they asked for it or not, a responsibility for the entire art form will be hefted onto his or her shoulders. Luckily, the most recently anointed, California tenor saxophonist and bandleader Kamasi Washington, has an omnivorous creative ambition that continues to expand. This double album is a conceptual trip through outer and inner space, stacked with an ace ensemble cast of players. They go big, as on the frenzied, endlessly ascending jam “One of One,” and deep, with an elongated meditation on the Brill Building gem “Will You Love Me Tomorrow.” The dizzying trip navigates hybrid terrain that includes shimmering exotica and slinky G-funk grooves, moving from the bodily pleasures of soul jazz and funk to the spiritual and cerebral ecstasies of gospel and psychedelia. –Alison Fensterstock

Listen: Kamasi Washington, “One of One” 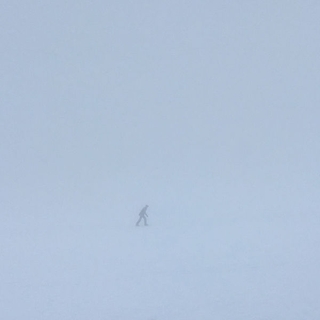 Techno doesn’t get more sensual, tactile, or inviting than Compro. The music—a ripe and septic mix of dub and breakbeats, bangers and ambient interludes—feels so alive and unpredictable that it barely fits that genre tag for more than a minute at a time. As Skee Mask, Munich producer Bryan Müller uses his mix of analog and digital equipment to conjure a boggy landscape out of which all kinds of sumptuous notes emerge. The sharp, steely drum pads—which cut through “Soundboy Ext.” and “Dial 274” like wires passing through clay—are rough enough to keep you dancing in some cement basement all night, but Compro could also soundtrack an evening spent on an abandoned train platform, staring up at the sky. It’s some of the most astonishing and alive electronic music of the year; it thrashes, it seethes, it wails, it breathes. –Jayson Greene 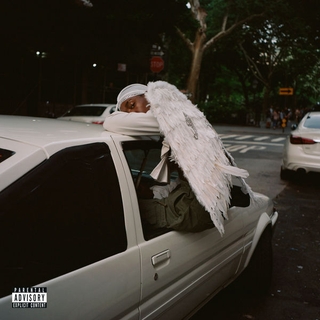 Blood Orange’s Negro Swan opens the door to a more appealing universe—somewhere without requirement to shrink yourself in order “to quote-unquote belong,” as the transgender writer/activist Janet Mock puts it in an interlude here. Dev Hynes’ inquiry into black depression exhumes his trauma and insecurities, school bullying encounters, and early thoughts of death, delivering diary entries in a yearning tone sometimes reminiscent of Elliott Smith—too tired to shout, too exhausted to keep quiet.

Negro Swan is indulgent in the best way, like a loner showing you around their obsessively decorated bedroom: It has glimmers of angsty Prince, petty Marvin Gaye, desolate psychedelia, bluesy mysticism. Poised between escapism and self-examination, the album welcomes the dispossessed and extends tender, melancholy encouragement to take up space in the world. –Jazz Monroe 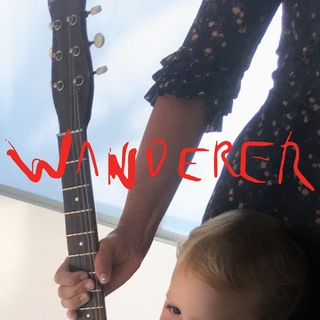 Chan Marshall pulled off one of the year’s great conjuring tricks on Wanderer, her first album in six years. Rarely has music this well constructed sounded so utterly effortless, as if blown along by the wind rather than stitched together in the studio. Wanderer is so low-key that it could easily pass you by, but this delicacy is also its charm. The understated textures on songs like “Nothing Really Matters” and the Rihanna cover “Stay” feel like a whisper in the ear or a nap under a tree, deliciously simple pleasures that linger. Wanderer’s warm-hearted sound is all soft vocal strokes, muted guitar, and hushed piano. It is a triumph of quiet introspection and musical restraint, a spellbinding record that works its magic by sleight of hand. –Ben Cardew 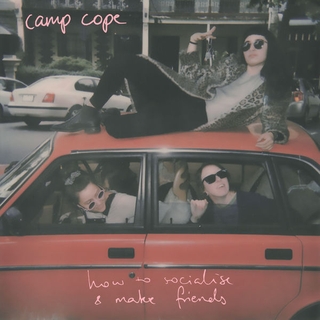 Camp Cope singer-guitarist Georgia Maq’s voice is a beacon of resilience. On the razor-sharp songs that make up her Australian trio’s second record—a mix of folk-rock intimacy, punk incision, and loud emo catharsis—she shares her path forward. How to Socialise & Make Friends spins a bracing narrative of feminist solidarity and self-sufficiency in the face of toxic men, and it offers empathy in response to the havoc they wreak.

On “The Opener,” the album’s first track and its rallying thesis, Maq sarcastically stitches together a selection of the belittling comments that music industry men have made to Camp Cope since they formed in 2015—undervaluing their abilities, equating their success with their gender. Maq’s biting delivery here carries throughout all of How to Socialise: She turns single syllables into triumphs. The title track finds Maq breezing along on her bike with no hands on the handlebar, thriving, humming a mantra: “I can see myself living without you.” It’s one lifesaving sentiment on an album full of them. –Jenn Pelly 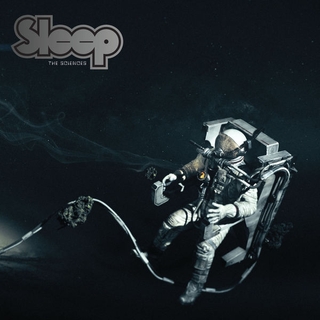 As Juuling has taken over high schools around the country, it’s only appropriate that some lifelong stoners in their 40s would come back to remind us that the only acceptable way to inhale vapor is through a bong. Sleep started when its members were teenagers; back then, their now-legendary guitarist Matt Pike had white dreads that flopped around as his guitar solos ascended to heaven. Aside from a new drummer (and Pike’s hair), not much has changed for the band. Sleep are still dedicated freaks and effortless doom metal masters who use their skill to write praise songs to the sweet leaf. Their extended odes boast very sick solos and repetitious bass that burrows deep into your skull. The Sciences, the band’s first album in more than a decade, dropped by surprise on the international marijuana holiday, April 20, and while that’s cute and all, it’s a good listen all year round. Throw your vape in the trash, call your dealer, and crank it. –Matthew Schnipper 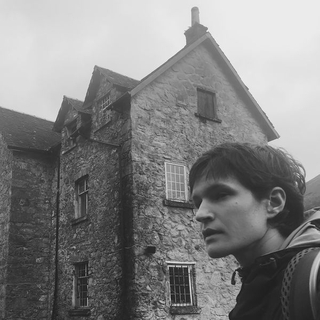 Adrianne Lenker’s abysskiss is a hushed but intense affair for acoustic guitar and voice. The Big Thief frontwoman asks painful questions—“What Can You Say” addresses waning love in the most melancholy terms imaginable—but also reassuring answers like those found in “10 Miles,” a rural picture of domestic contentment as seen from a life’s latter half. The album is bookended by death: Its specter ripples through both the opening and closing songs, though the softness of Lenker’s voice belies the starkness and even severity of her imagery—an earthy menagerie shot through with wild animals, forests, and other kaleidoscopic fragments of the sublime. –Philip Sherburne

Listen: Adrianne Lenker, “What Can You Say” 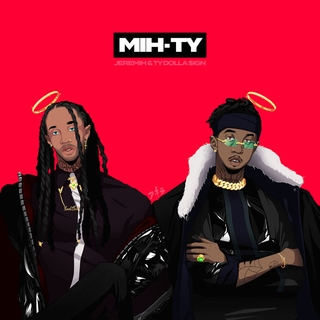 As two of R&B’s most generous collaborators, Ty Dolla $ign and Jeremih are so consistently the best part of any song they’re featured on that a shared project from the two was bound to be an exercise in decadence. And sure enough, the peanut butter/chocolate pairing of Ty Dolla’s nonchalant croon and Jeremih’s frictionless falsetto is a triumph of creature comforts. MihTy frees the two unshowy showmen to indulge in the tropes of ’90s R&B, a style there isn’t much room for on the charts these days. But the duo’s forward-looking producers ensure this isn’t just an exercise in nostalgia. They continually introduce sly, contemporary twists on these classic sounds, especially lead architect Hitmaka, whose plush, pillowy inversions of trap provide the singers a backdrop every bit as sumptuous as their voices. –Evan Rytlewski