How to Survive Your Election Day Anxiety

Owen Keehnen, a writer and historian in Chicago, is losing sleep over the election. About five times a week over the past few months, he wakes up around 3 a.m. in a panic, he said.

“As the election approaches, I feel an overwhelming amount of anxiety,” Mr. Keehnen, 60, said. “So much seems to hinge on the election when it comes to rights down the line and everything else. It’s really wreaked havoc on my sleep.”

About 800 miles south in West Columbia, S.C., Monica L. Amick-Cassidy, a former state employee, has so far this election season managed her anxiety, which she says sets off her depression.

Ms. Amick-Cassidy 45, said she felt most stressed while scrolling through Facebook, where she spots stories from her local news station.

“I try to put my phone down and step away from it and read or knit, but reading Facebook and Twitter is almost an addiction,” she said.

Mr. Keehnen and Ms. Amick-Cassidy are not alone in managing stress this election cycle, a reality only amplified by the coronavirus pandemic.

About two-thirds of Americans in 2017 said concern about the future of the country was a significant source of their stress over money and work, according to a report published that year by the American Psychological Association titled “Stress in America: The State of Our Nation.”

The survey found a majority of people from both political parties were stressed about what it described as the “current social divisiveness,” but those figures were higher for Democrats at 73 percent, compared with Republicans at 56 percent and independents at 59 percent, it said.

A 2019 study in PLOS One showed that engaging in politics can have negative consequences on one’s health and friendships. Those on the political right, the study found, reported fewer negative impacts compared with those on the left.

And now, here it is: Election Day 2020. After billions of dollars spent on campaigning over an especially heightened and stress-filled year, there is, finally, an end in sight.

But the last polls in the United States don’t close until 1 a.m. Eastern, and even then there are multiple scenarios under which we may not know the results for quite some time after. So here are some tips on how to survive the many long hours between now and then, no matter which candidate you’re pulling for. 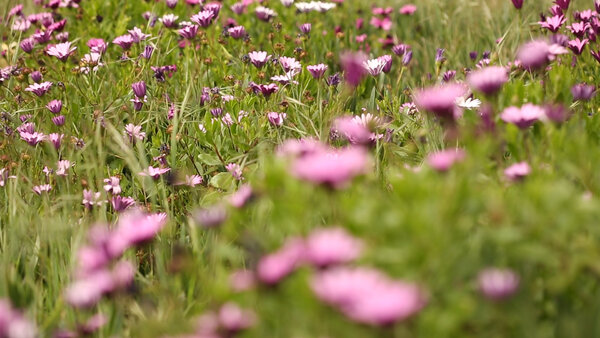 Is the election giving you nervous energy? Click on this.

You might be a lot like Ms. Amick-Cassidy — reading news on your phone, and then sometimes feeling more stressed about it. On Election Day especially, reconsider just how much you want to be glued to your device.

Allison Eden, an associate professor of communication at Michigan State University, said that while paying attention to the election results is critical, establishing the necessary limitations may help you get through. She suggested deleting social media apps like Twitter, Facebook, Instagram and TikTok from your phone. Making them just a little harder to access can help.

“You’d have to access it through a website or some not-easily-available device,” she said of the apps. “But if you take the logo off your phone, you’re less likely to click on it.” Eliminating notifications can also help ease stress, she said.

The same goes for your television. Keeping cable news on all day in the background, when there are no results to report, might just stress you out even more.

“Sometimes it’s hard for people to even know they have a problem until they start checking how much time they’re spending” on their phones consuming news or watching it on television, Professor Eden said.

There are a lot of hours to fill before any results will begin to trickle in.

Professor Eden suggested changing environments as a means to control any anxiety.

You could also try putting your phone in a different room in hopes that the fatigue will outweigh the desire to check the news.

Dr. Brittany LeMonda, a senior neuropsychologist at Lenox Hill Hospital in Manhattan, suggested putting the hours usually spent reading articles or poring over news toward something that brings you joy. “Go for a long walk or watch movies that make you feel good,” she said. “Go to a bookstore, and find a new book to read. Go out to a cafe and have a socially distanced lunch; something that’s going to fill up your cup a little bit.”

OK, you’ve made it through most of the day and some returns have begun trickling in around 7 p.m. Eastern time, when some of the first polls close.

It’s important not to expect any full results for a number of reasons but mainly because the increase in mail voting as a result of the pandemic may delay full results in several key states. Some states, like Michigan and Pennsylvania, may not have official counts for several days.

And remember, the results at the beginning and at the end of the night will be skewed in some places because of the order in which different types of votes are reported.

Even if you’ve gotten through the day, your stress may not disappear.

“It’ll be a roller coaster,” said Dr. Victor Fornari, a psychiatrist at Northwell Health Hospital on Long Island. “Those emotions will be riding for a long time. Uncertainty breeds anxiety. I think that this will be a very anxious period of time because people, as I said, are so passionately one way or the other, and that level of anxiety is going to cause a great amount of stress.”