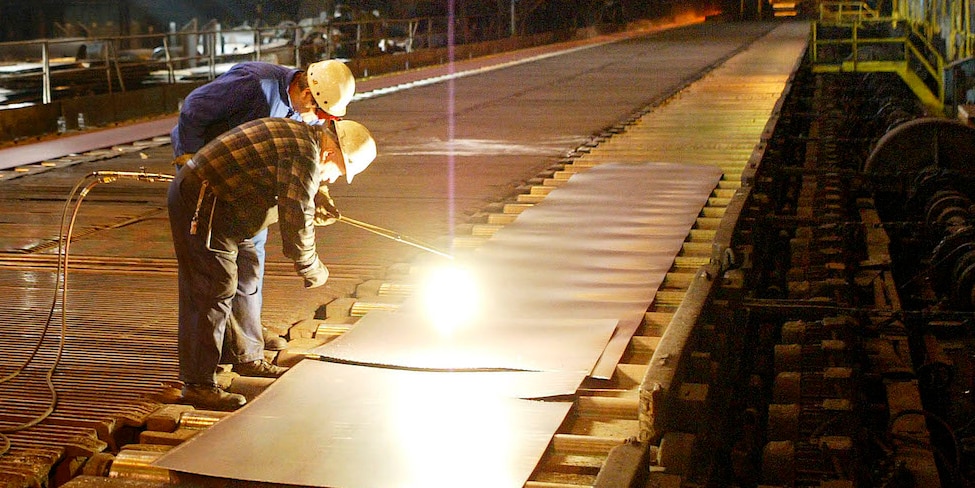 German PMI, or business sentiment, last month showed its lowest reading since October 2012. And sentiment among manufacturers took the biggest hit, posting its lowest level of factory activity since the depths of the financial crisis, according to IHS Markit.

According to IHS Markit, the flash reading for Price Manufacturing Index for September, across all sectors of the economy, was at 49.1, down from 51.7 August.

Much of the decline has been put down to external uncertainties in the forms of the trade war between the US and China, and Britain's plan to exit the European Union. All three countries have reduced the number of orders from Germany, hurting Europe's biggest economy.

"The manufacturing numbers are simply awful," said Phil Smith, principal economist at IHS Markit. "All the uncertainty around trade wars, the outlook for the car industry and Brexit are paralyzing order books, with September seeing the worst performance from the sector since the depths of the financial crisis in 2009."

PMI is a tool used by economists to see how the economy is faring, by assessing how managers are feeling about the future — the flash reading gives a snapshot of the main reading, taking in about 85% of usual monthly replies.

The September flash reading marked Germany's first reading below the 50 threshold, which is a major signal of decline.

The euro fell 0.4% against the dollar on the news.

IHS Markit blamed both sharp falls in manufacturing and services, saying "growth of business activity in the service sector slowed sharply since August to one of the weakest rates seen over the past three years," with services PMI falling from 54.8 to 52.5 in September.

More worryingly, IHS Markit said "manufacturing fared even worse, however, recording an eighth straight monthly decrease in output and the steepest rate of decline since July 2012," with the flash reading at 41.4, falling from 43.5 last month.

The research firm said that this was "the sharpest decline in business conditions across the goods-producing sector since the depths of the global financial crisis in mid-2009."

What makes this reading even more unnerving is that Germany's economy is heavily reliant on manufacturing. About 50% of GDP is made up by industry, so a decline in manufacturing can pull the entire economy down with it.

Smith said the economy was "firmly in contraction territory," adding that "the economy is limping towards the final quarter of the year and, on its current trajectory, might not see any growth before the end of 2019," said Smith.