3 - 4 minutes
Highways England have decided to close the busway track under the A14 in Cambridge. Initially now for 2 weeks, but we hear rumours of an 8-week closure later in the year.

Summary of the diversion

Overall, the extra distance is 2.7km and has an additional 9 traffic lights. One is out use meaning you have to take your life in your hands crossing at a junction where the motor vehicles have a green light.

The extra time for a pedestrian is probably about 30 minutes, replacing a 15 minute walk. For a cyclist, a pleasant 4-5 minute link, covering most of the distance between the Science Park and Histon, becomes a 15 minute odyssey.

From Histon, in pictures

At Park Lane / New Road, at the Girton end of Histon, there is no signage. Just the usual direction sign, which is now lies. Do not follow this sign to Cambridge or you will be disappointed - instead, go via Girton. 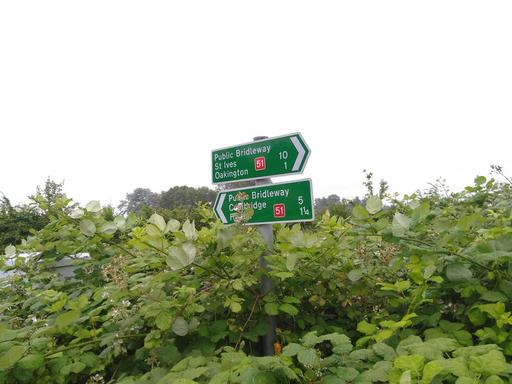 There are signs at the closure of the busway, which have this map. I have had to copy this map from Twitter because it is not anywhere on any official website, as far as I can tell: 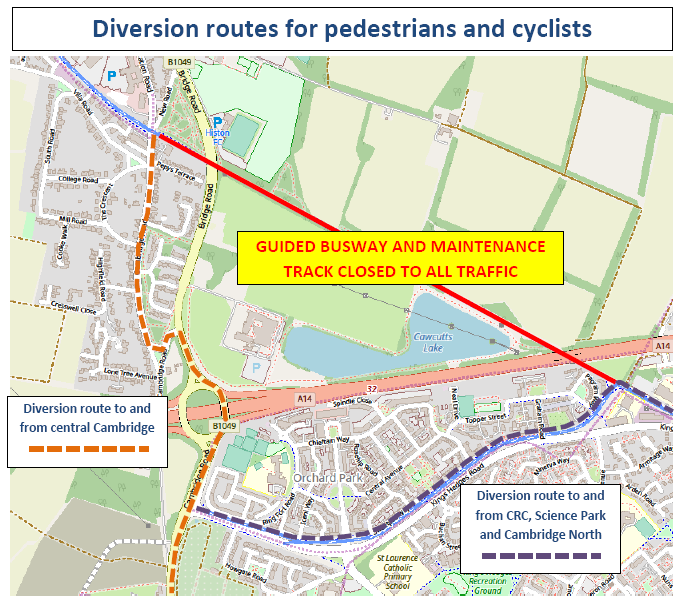 If you follow these directions you will turn right down the road into the south end of Histon. Be sure not to miss the tiny diversion sign (on the lamppost on the left) which tells you to turn left here, or you will be perplexed by the No Entries. And count yourself lucky - many of the turns don't have any sign at all! 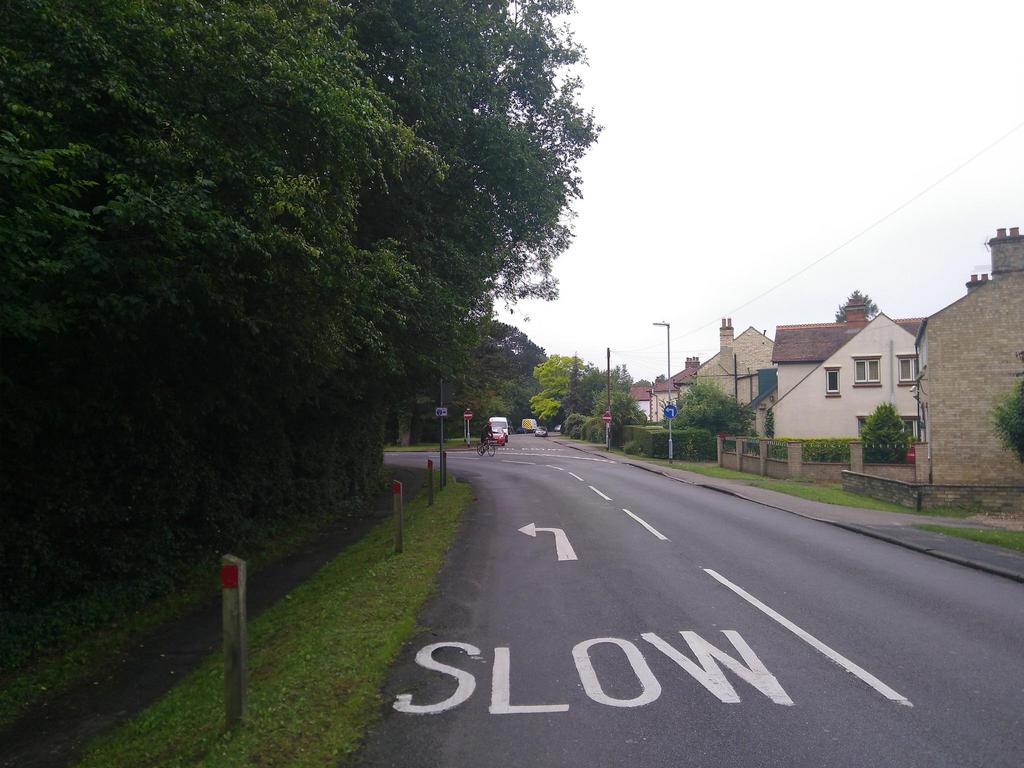 If you spot that sign, you will shortly end up here. You will want to cross this junction to the other side of the road. What fun! 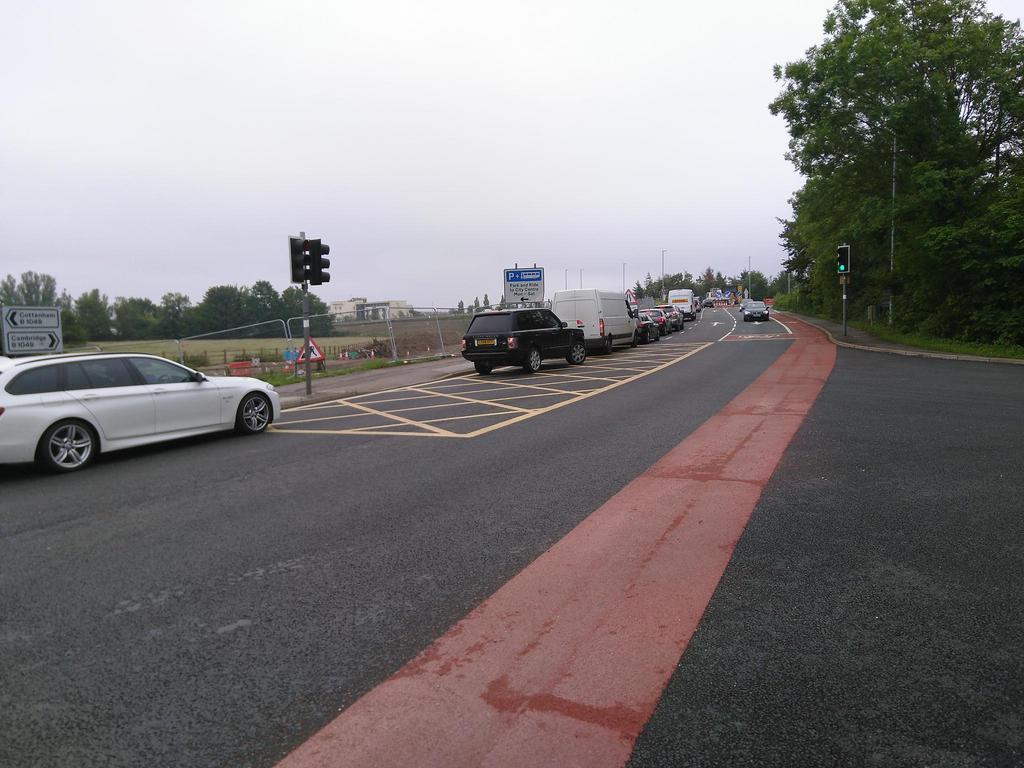 Especially since the pedestrian crossing is out of use: 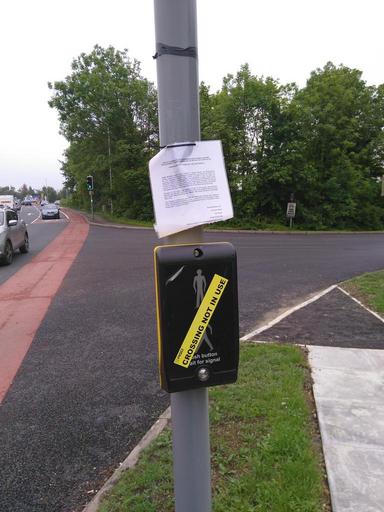 Supposing you don't die, you then get to go up this narrow pavement past all the massive signage. Bear in mind that this is a diversion route for what is normally a very busy path: 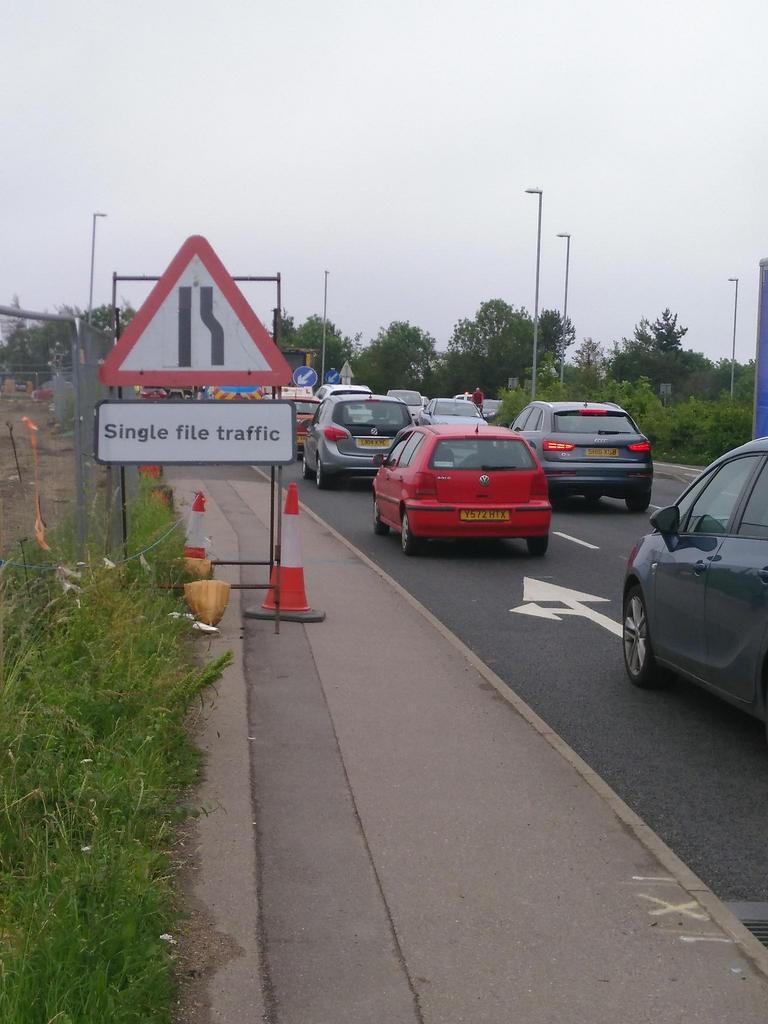 When you get to the big roundabout, there are at least traffic lights to help you cross the A14 slip roads. But, you should expect to be kept waiting quite a while at the worst of these lights.

Then you're on the Orchard Park busway spur cycle/pedestrian track where you will be forced to stop and wait at a further 4 traffic lights one after another.

Eventually you'll get to the other side of the blockage, where if you were going the other way, you wouldn't be able to read the signs saying what is going on, and giving the diversion route, without going across this forbidding line of cones: 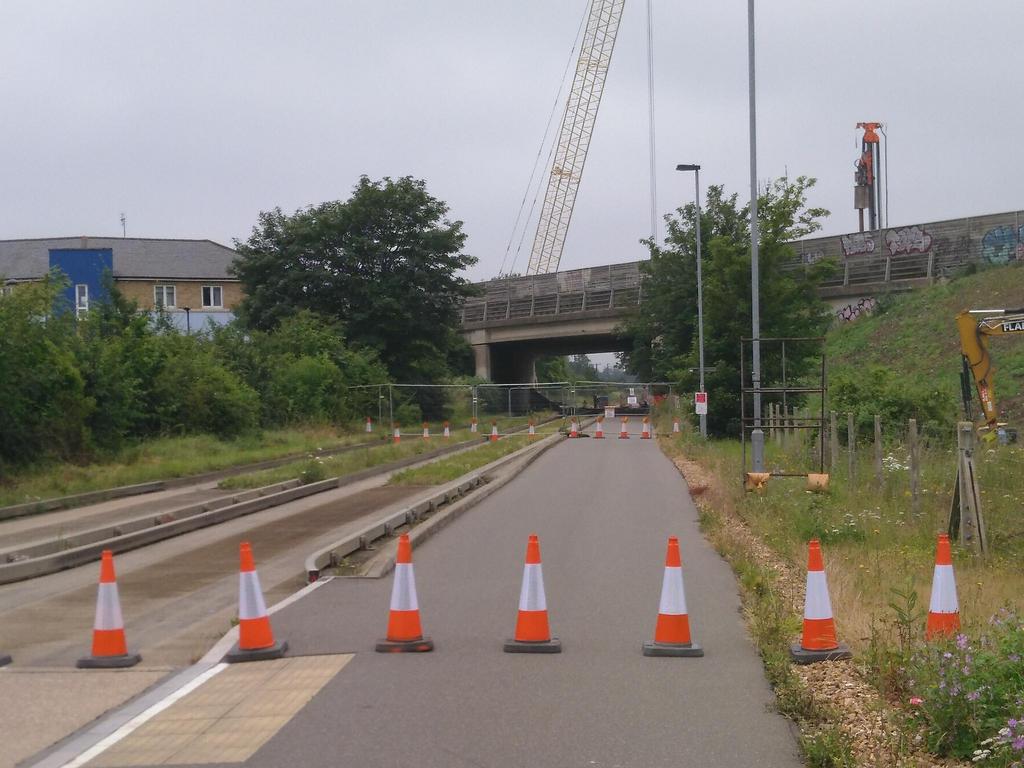 Of course, it is possible to do this right. Here is an example I encountered last year in the Netherlands: 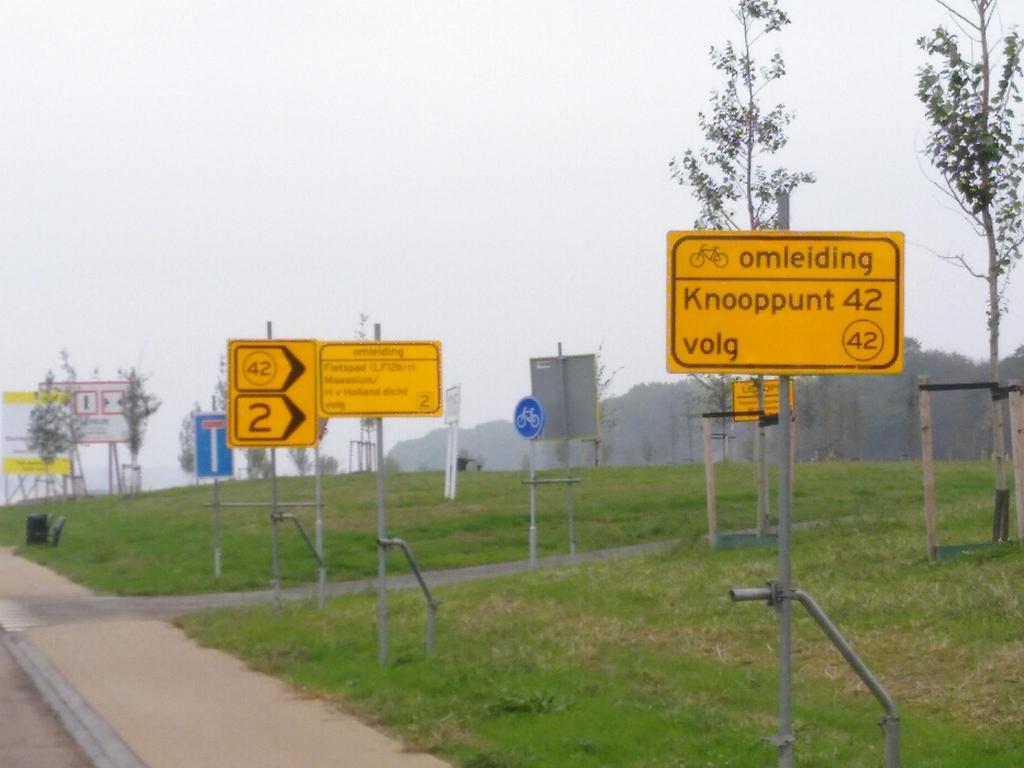